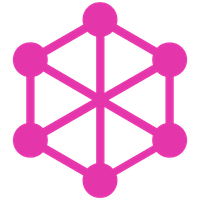 *Source: How To GraphQL

Most applications today have the need to fetch data from a server where that data is stored in a database. It’s the responsibility of the API to provide an interface to the stored data that fits an application’s needs.

APIs have become ubiquitous components of software infrastructures. In short, an API defines how a client can load data from a server.

GraphQL is often confused with being a database technology. This is a misconception, GraphQL is a query language for APIs - not databases. In that sense it’s database agnostic and effectively can be used in any context where an API is used.

A more efficient Alternative to REST

💡 Learn more about the top reasons to use GraphQL in this blog post.

REST has been a popular way to expose data from a server. When the concept of REST was developed, client applications were relatively simple and the development pace wasn’t nearly where it is today. REST thus was a good fit for many applications. However, the API landscape has radically changed over the last couple of years. In particular, there are three factors that have been challenging the way APIs are designed:

GraphQL has its own type system that’s used to define the schema of an API. The syntax for writing schemas is called Schema Definition Language (SDL).

When working with REST APIs, data is loaded from specific endpoints. Each endpoint has a clearly defined structure of the information that it returns. This means that the data requirements of a client are effectively encoded in the URL that it connects to.

The approach that’s taken in GraphQL is radically different. Instead of having multiple endpoints that return fixed data structures, GraphQL APIs typically only expose a single endpoint. This works because the structure of the data that’s returned is not fixed. Instead, it’s completely flexible and lets the client decide what data is actually needed.

That means that the client needs to send more information to the server to express its data needs - this information is called a query.

Next to requesting information from a server, the majority of applications also need some way of making changes to the data that’s currently stored in the backend. With GraphQL, these changes are made using so-called mutations. There generally are three kinds of mutations:

Mutations follow the same syntactical structure as queries, but they always need to start with the mutation keyword.

Another important requirement for many applications today is to have a realtime connection to the server in order to get immediately informed about important events. For this use case, GraphQL offers the concept of subscriptions.

When a client subscribes to an event, it will initiate and hold a steady connection to the server. Whenever that particular event then actually happens, the server pushes the corresponding data to the client. Unlike queries and mutations that follow a typical “request-response-cycle”, subscriptions represent a stream of data sent over to the client.

Subscriptions are written using the same syntax as queries and mutations.

There are 3 different kinds of architectures that include a GraphQL server.

All three architectures represent major use cases of GraphQL and demonstrate the flexibility in terms of the context where it can be used.

The payload of a GraphQL query (or mutation) consists of a set of fields. In the GraphQL server implementation, each of these fields actually corresponds to exactly one function that’s called a resolver. The sole purpose of a resolver function is to fetch the data for its field.

GraphQL is particularly great for frontend developers since it completely eliminates many of the inconveniences and shortcomings that are experienced with REST APIs, such as over- and underfetching. Complexity is pushed to the server-side where powerful machines can take care of the heavy computation work. The client doesn’t have to know where the data that it fetches is actually coming from and can use a single, coherent and flexible API.

Let’s consider the major change that’s introduced with GraphQL in going from a rather imperative data fetching approach to a purely declarative one. When fetching data from a REST API, most applications will have to go through the following steps:

With the ideal declarative data fetching approach, a client shouldn’t be doing more than the following two steps:

All the lower-level networking tasks as well as storing the data should be abstracted away and the declaration of data dependencies should be the dominant part.

This is precisely what GraphQL client libraries like Relay or Apollo will enable you to do. They provide the abstraction that you need to be able to focus on the important parts of your application rather than having to deal with the repetitive implementation of infrastructure.